Many people seek out Functional Medicine to target the root cause of their chronic diseases and ailments, often years after struggling with medication and procedures in conventional medicine.

A common misconception is that the average person does not need to know about Functional Medicine Nutrition, that it is for people already sick with cancer or autoimmune disease.  In reality, all of us can benefit from an anti-inflammatory diet, but this is a difficult concept to understand.

In her book, Thinking in Bets, Annie Duke, a multi-million dollar poker champion now  consultant, posits that contrary to common thought, life is more like poker than chess.  In chess, the board is visible to everyone.  Only a finite number of winning moves exists for every setup, and the best player will always win.  In poker, luck is a powerful variable that can help a novice block the triumph of even the most skilled player.  Through shifting our thinking, Duke desires to help us become “better decision makers” as we recognize that a spectrum of risk exists in our everyday lives.

Similarly, I believe there is a fundamental misconception that occurs in how we think about food and the impact on our body’s function – we believe it operates like money, rather than mud.  Within the currency paradigm, we accumulate credits with “healthy” food choices and then spend what we’ve earned on the weekend, on vacation or at a party.  If we “overdraw” we just replenish our account with detoxing supplements and “uber clean” foods afterwards.  The transactions are neat and tidy – overspending can be easily and instantly corrected.

The problem with the money model is that all of the food currency does not have equal value – the impact of a healthy meal or smoothie does not cancel out the metabolic derangement caused by a drive-thru or fancy meal.  Straightening up before a party takes less time than cleaning up afterwards.  A hurricane’s destruction occurs within a few hours, yet requires many weeks and months to repair the damage.  A healthy diet allows the body to handle routine operations, but inflammatory foods cause floods, creating mess and mud that stresses emergency crews and suspends maintenance work.  Unfortunately, our modern diet is filled with inflammatory foods:  altered plants, pesticides, thickeners, artificial colors, juice (natural food in unnatural quantities), etc.  For instance, research is showing that in modern agriculture, breeding for color, size, and hardiness has inadvertently deleted essential micronutrients (“unimportant molecules”) which help prevent cancer.

Lucas was a 29 year-old male who presented with a complaint of an infected “bug bite” on his leg.  The mango-sized painful swelling on his thigh had started oozing pus the night before and he had another smaller one starting on his chest.  I informed him that this was another antibiotic-resistant abscess which would have to be incised and drained, like the one on his hand that had been treated at the hospital, just a few weeks prior.

Because of his age and slight build, most people would have described Lucas as “healthy,” but in the six months since he had started a new job, soda and fast food had dominated his diet, and there was no produce.  When I suggested a correlation between his new lifestyle and this second more severe infection, he was very open to learning about how he could stop this trend.

In the intestines, we have good bacteria that help digest our food and protect the mucosal lining. Without enough fiber and complex carbohydrates in our diet, these “good guys” starve, resulting in an imbalanced microbial environment called dysbiosis.   When you feed the “wrong team,” I explained, bad bacteria can proliferate and ultimately cause illness that can be inside or outside of the digestive tract.

When suggesting consideration of an anti-inflammatory diet, I often refer to the hunter-gatherer model, as many studies support intermittent fasting and ketogenic diets for health and longevity.  If our primitive ancestors survived with just protein and produce, then, perhaps it makes sense to return to this type of diet when we are “sick.”  With modern food production providing options, especially carbohydrates, that we crave rather than need, rates of  obesity, diabetes, heart disease, fatty liver, auto-immune disease, and cancer are all rising – dementia is now even being called, “Type 3 diabetes.”

I suggested a few “high leverage” dietary changes, (i.e., Keto Nondairy) that would jumpstart his immune system and (if he could minimize his “floods”) could  reduce chances of abscess recurrence in the future.

Start drying out the mud

Support the right team by adding:

When Lucas returned for his wound check, I was quite surprised.  In standard practice, these large abscesses require incision, drainage, and several visits for wound care.  The dressing changes are often painful and the drainage initially can be copious, even with taking antibiotics; but Lucas’s wound had none of the usual redness or swelling and there was almost no drainage.  I had suggested “caveman” diet changes to help his future, but the level of his immediate commitment had greatly accelerated his wound healing within just 72 hours.

Lucas’ case demonstrates that Functional Nutrition does not have to be an all-or-nothing, eleventh-hour strategy for a serious or chronic illness.  I have seen many patients get short-term results with this prioritized introduction to Functional Nutrition, especially when they focus on avoiding the creation of more mud.  Whether recovering from a cold or struggling with a chronic illness, everyone can support the body’s return to a healthier baseline when they commit to feeding the right team.

CLICK HERE to watch my Zoom lecture: The What and Why of Anti-Inflammatory Diet 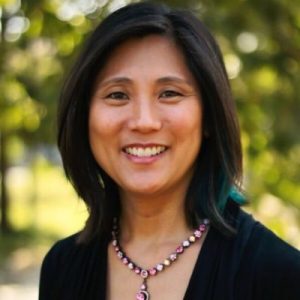